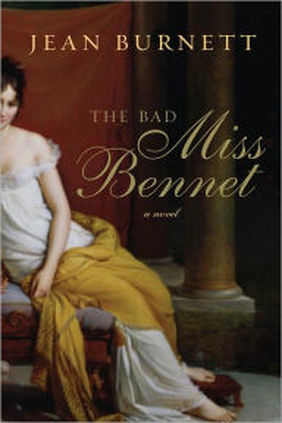 This novel picks up shortly after Wickham’s death in the Battle of Waterloo.  Lydia, our young and restless heroine, finds herself at Pemberley in mourning black, a color she despairs does nothing for her complexion.  And so we begin with the same reckless and foolish little girl we last saw headed to the north of England with her new husband.

Widowed at nineteen, Lydia despises Darcy, Georgiana, even her sister Lizzy for adopting the quieter ways of her husband.  She wants nothing more than to dance at Almack’s, and she sees Darcy as her biggest obstacle in getting to London to make that dream a reality. With a yearly allowance of 350 pounds from her brother-in-law, she tells the Darcys that she has been invited for an extended stay in the capital city by her dear friends, the Caruthers.  And off she goes.

Lydia manages to evade Darcy quite well for most of the novel, though he does rear his head in her life a few times.  The Caruthers turn out to be just as useless and reckless as Lydia herself, and together, they have quite the time.  Lydia becomes the in-name-only mistress of a Mr. Getheridge, who involves her in a scheme which results in the murder of a diplomat in the apartment Getheridge has set up for her and the Caruthers, and which she can seemingly only fix by wheedling her way into the Prince Regent’s Brighton resort and sleeping with him.

A few companionships and continent-crossings later, Lydia has 3,000 pounds of her late companion’s money, legally left to her, if you can believe that; she is the mistress of a count whom the British government is paying her to spy upon.  Then that count, needing to be rid of her and her government mission ties, arranges for her to be lady-in-waiting to the Dona Leopoldina of the Portuguese court.

Throughout Lydia’s “bad” adventures in this book, which are quite enjoyable if you suspend disbelief at the ease of an impoverished young woman finding ways to traverse the continent and becoming the mistress of two men, there is always the promise of some further adventure to finally “fix” everything, to solve the myriad melancholic periods.

But the novel just ends.  Lydia in on board ship to Brazil with her trusted maid, Adelaide, in the Dona's retinue, when a highwayman named Jerry Sartain, with whom she has had a passing acquaintance throughout the story, shows up.  The last line, apologies for the spoiler, is “interesting adventures to follow.”  But we as readers are obviously not to be made privy to them.
BARNES & NOBLE LINK